Too many times in the past, I posted airplane under-seat measurements without including a picture of Chloe’s carrier installed under my seat, but slowly I’m filling in the missing pieces. Today’s photos are of her carrier on a United 757-200. For the measurements of that under-seat space, see this earlier post.

The first photo is of her large SturdiBag under an Economy Plus window seat on the port side of the plane (Seat 9A): 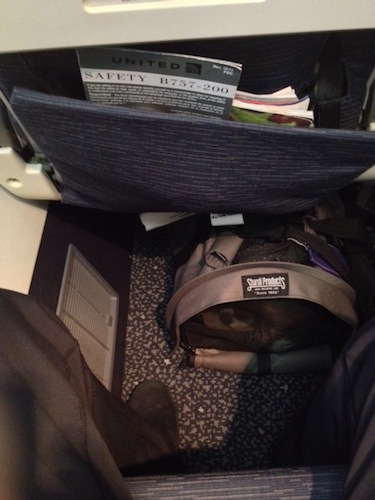 I chose to orient her carrier front-to-back, so I could reach inside easily to pat her, but the large SturdiBag would also have fit under this seat oriented left-to-right. With her bag in this position, there was room alongside her bag for me to stretch out my left leg, at least — and the gap (and my leg!) insulated her from the cold draft.

The second is the same, except that I’ve shifted the focus to the right a bit, to show that the SturdiBag projected only about an inch past the base of the silver bracket supporting the seat (it looks like it’s more, but recall that the front flange of the SturdiBag is entirely decorative, and doesn’t add to its real length): 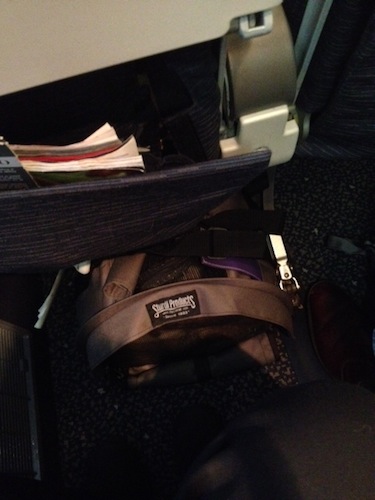