This picture, sent to me last week by New York friends, says it all: The new branch of Le Pain Quotidien, which just opened in the Mineral Springs Pavilion near Central Park’s Sheep Meadow, has a dog-friendly patio. Tears of joy, people! 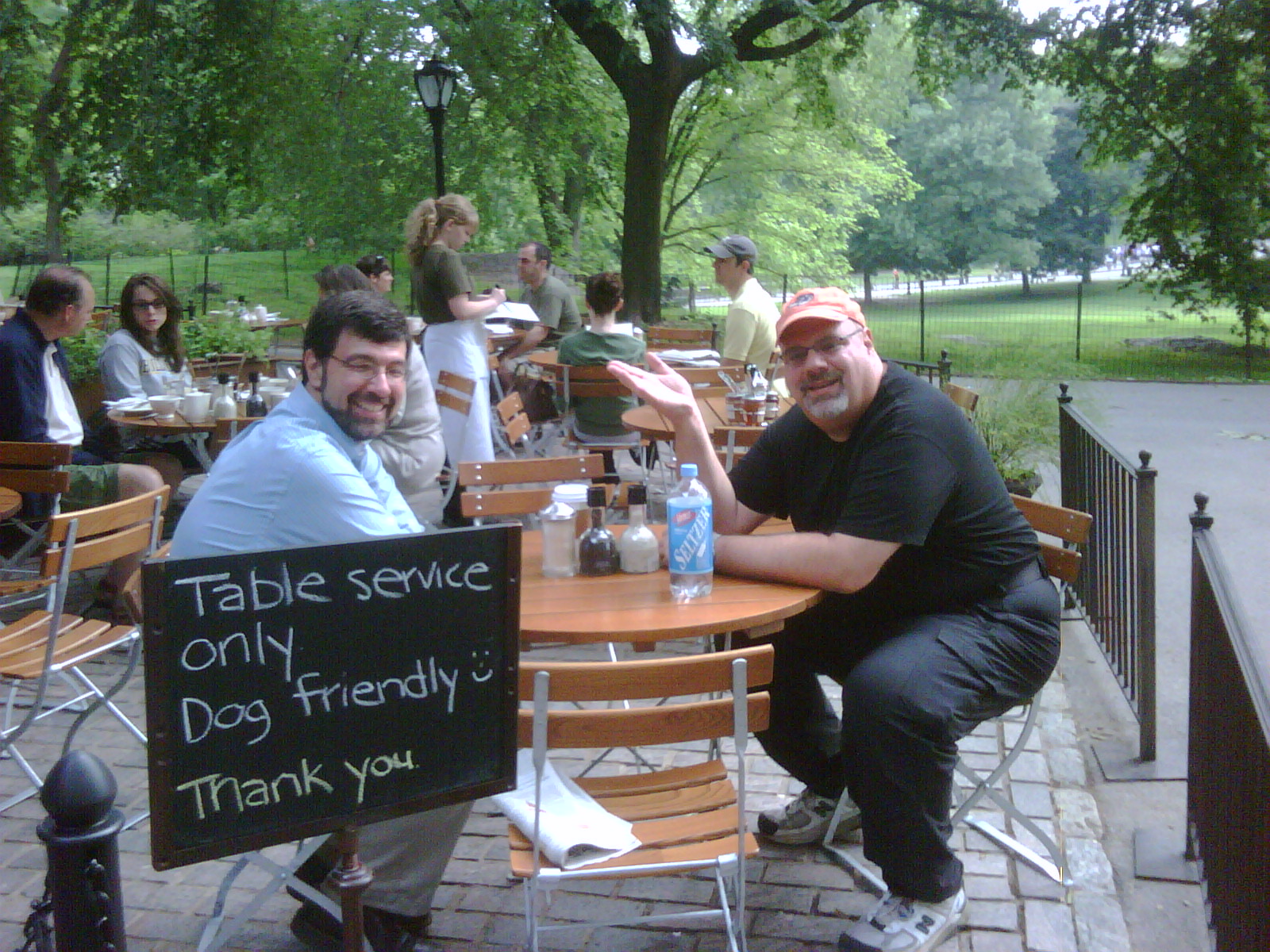 Sure, it’s a chain — but it’s a darned good chain, not only making praiseworthy efforts to use organic and local ingredients, and build and operate in a responsibly green way, but also serving really delicious pastries, sandwiches and soups. Word has it that they’ll add vegetarian dinners to the line-up, four nights a week, starting in late June. [6/28/10 We went here for breakfast this morning with Chloe and our friends, and can now report that the oatmeal and tartines are great, and the service is super-friendly. It’s in a pretty setting, too, with plenty of birds and passing dogs for Chloe to look at.]

The Central Park location has a big patio, seating 100, and take-out is also available. It’s located in the southwest quadrant of the park, at about the level of 69th St.

I was interested to learn from Central Park’s official site that the restaurant’s location used to house “a bustling pavilion that served 30 varieties of natural spring water in the late 1800s and early 1900s.” That’s the kind of craziness I associate with the late 20th century, but apparently wretched excess is timeless.