Visiting the U.K. with a small pet is a good news/bad news situation. You start with good news: Back in 2012, the quarantine rules changed and it’s now no harder to meet the U.K.’s import requirements than it is to meet those of the rest of the European Union (well, with some differences, including a requirement that dogs be treated for tapeworm not less than 24 hours and not more than 120 hours before arriving in the U.K.). 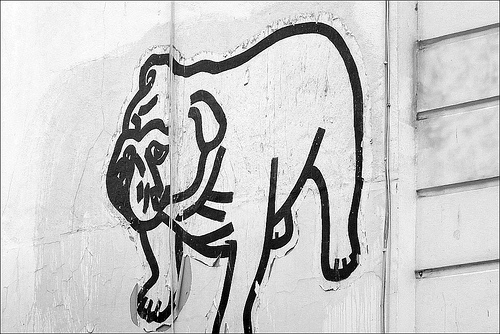 Then there’s bad news: Pets cannot arrive in-cabin to the U.K. All pets must arrive as cargo. That’s vexing, but the workaround is good news in its own way: If you want your pet to travel in-cabin, you’ll have to fly into Paris or Amsterdam or Brussels (or even Copenhagen or Madrid, though the ferries are pretty distant from both), and then make your way to the ferry company of your choice (and DEFRA’s choice), or rent a car and take it (with you and your pet in it) to the U.K. via the Eurotunnel Le Shuttle. How bad is it, really, to be forced to spend time in any of those cities?

There is, however, a strong argument that ferry crossings, or the logistics of car rental and driving under unfamiliar rules, are annoying, so it would seem appropriate for the pendulum to swing back to good news. The U.K.’s DEFRA site says nothing about leaving the U.K. with an in-cabin pet, and for a long time I assumed that was possible. Recently, however, I got an e-mail from reader Heather which knocked me off my pins.

She told me that she was working on her return trip to the U.S., after 12 years of living in London, and was considering what carrier to choose for her 9 lb. Havanese — and mentioned in an aside that she’d be “flying from Amsterdam in order to ensure Lucas is able to travel in-cabin, as the UK does not allow any in-cabin pets to travel in or out.” In or out?, I wrote back, and asked her to tell me more. Here’s what she said:

“We have traveled back and forth between the UK and continental Europe many times — this is very easy because we drive to the Eurotunnel and put our car on a train there. The Eurostar passenger trains do not allow dogs (except assistance dogs) which is a real pity as it’s a very convenient way to travel. There are no requirements for entering continental Europe from the UK. Lucas has his PETS passport, which has proof of his vaccination record and allows him to re-enter the UK without any issue.  The only minor hassle is the requirement to visit a vet in Europe for tapeworm treatment between 1 and 5 days prior to returning to the UK (this used to be 24-48 hours, which was a real problem if it happened to be on a weekend). The important thing is to ensure the vet stamps the passport with the details of the medication, the date and the time (we were unfortunately held up at the Eurotunnel because the vet forgot to put the time, so they made us wait till after midnight to take a train).

As for traveling out of the UK by airplane with an in-cabin pet — I have heard different things and although I’ve read some stories online of people being able to do this from the UK to Europe on Lufthansa (but not directly to the US), I don’t personally know anyone who has done it and I haven’t found anything definite enough (or on an official website such as DEFRA) to make me comfortable with attempting it.”

That’s bad news, people, and my research seemed to confirm what Heather told me. Delta’s site states that it “will not accept any live animals as checked or carry-on baggage to/from the United Kingdom,” and that’s United’s policy too (the site only talks about importing pets to the U.K., but a United customer service representative told me that the rules also apply to departing pets). British Airways and Virgin Atlantic both link pet owners automatically to their cargo service, which is an answer in itself. While Gatwick is mum on the subject, Heathrow’s site states that departing pets have only two travel options: Checked baggage or cargo (arriving pets can only arrive as cargo).

In desperation, I tried Heather’s lead and called Lufthansa, and there was the good news I was hoping for: The customer service representative firmly assured me that while in-cabin pets can only travel to the U.K. as cargo, they can leave the U.K. in-cabin. Today, I realized that in my first call, I had emphasized the phrases “leaving the U.K.” and “pet dog,” but I hadn’t mentioned the point Heather raised about a possible difference between flying from the U.K. to the U.S., or elsewhere. I called Lufthansa back, and today’s customer service rep confirmed what her colleague had told me, and told me that it does not make a difference if the U.S. is your destination — pets can leave the U.K. in-cabin on Lufthansa. How pleased I am to find this bit of good news to end with! Three cheers for Lufthansa!!

Lufthansa’s page about pet travel does not go into that kind of detail, so I cannot give you a supporting link. When you are making your plans, I recommend calling Lufthansa a couple of times to confirm and re-confirm that your pet will be allowed into the cabin, and take good notes each time of the name of the person you spoke to, and the date of your conversation.