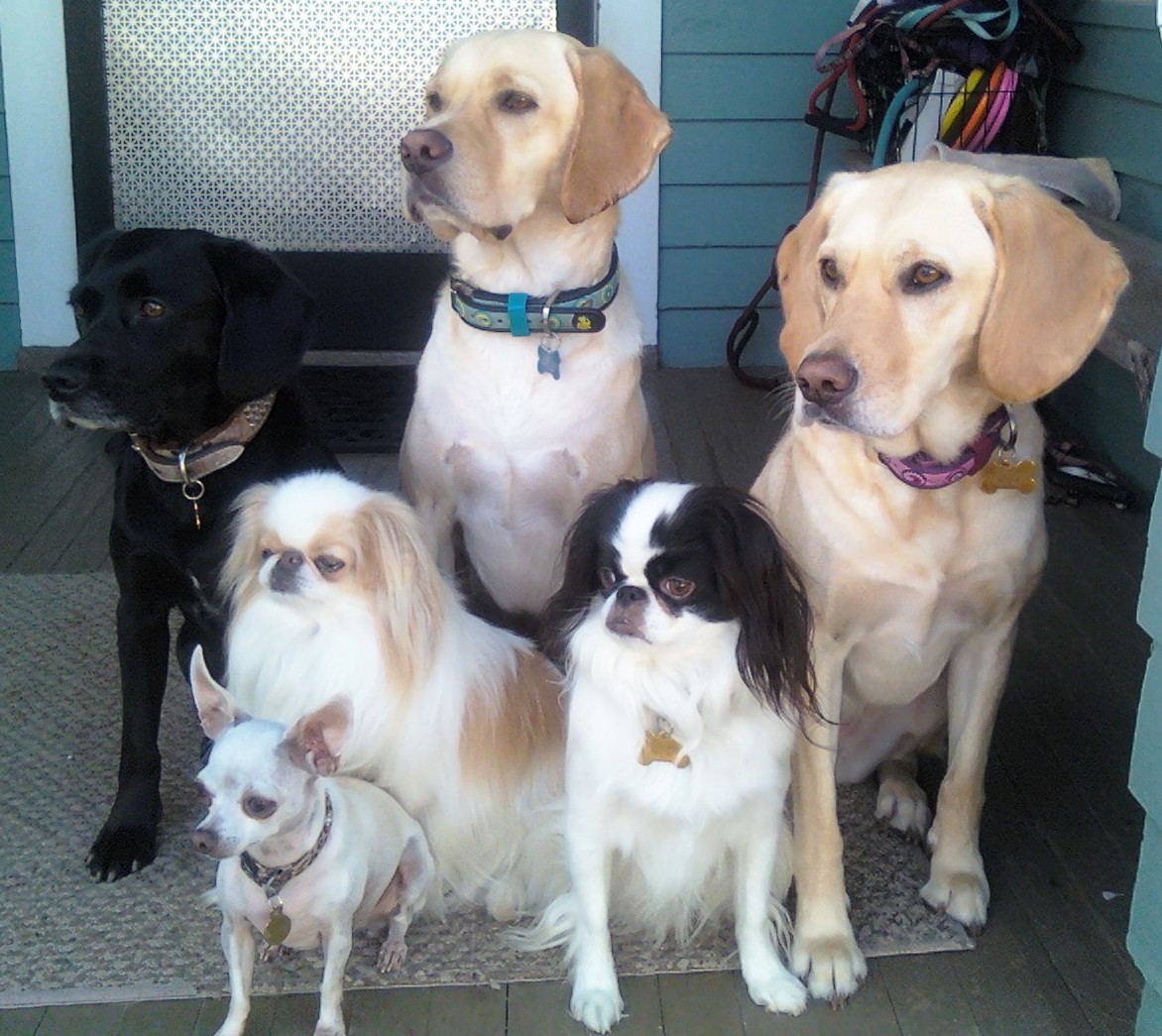 All six of Kim's dogs

This is a guest post from Kim Garrison, a friend I met through Twitter (follow her at @kimhalligan1 or @jerseyshoredogs). Kim is the guardian of six (6) dogs, including three Lab mixes (mom Sequel and two of her pups, Stanley and Stella), two Japanese Chins (Oscar and Spencer), and Olive the Chihuahua. Kim bikes with some of her dogs, including the Japanese Chins, which are about the same size as Chloe — so of course I asked her to send me an e-mail telling me how it works.

Hi, I’m Kim. I love to bike with Sequel and Stella, two of my Lab mixes (Stanley doesn’t like the bike, so we do other stuff together). I’ve just starting biking with my two Japanese Chins, Oscar and Spencer. It’s a fun way to get around with your dog, and you get a lot of looks!

I found the bike attachment we use at a local store, and it clips onto my bike’s back wheel. [Editor’s note: From the pictures, it looks like a Sunlite bike attachment. Kim reports that hers, like the Sunlite, attaches with a Velcro strap, so that may be the brand she has. Kim says that she’s also heard good things about the Springer bike attachment.]

I recommend using a harness for your dog with a clip in front [like the Easy Walk Harness] rather than one with a clip behind your dog’s shoulders. If you have a harness that fastens in back, however, clip the bike attachment leash to the side of the harness. That’s what I do for my two Japanese Chins, and it works fine. I do not recommend clipping the bike attachment to your dog’s collar, because it would be too hard on your dog’s neck.

I started by clipping the bike attachment to my dog’s harness and just walking the bike, to see if he was okay with it. You can figure out pretty fast if they like it or not. If they’re comfortable with walking next to the bike, the next thing I do is jump on the bike and pedal slowly with them. My Japanese Chins only needed a minute of walking alongside the bike to get comfortable, and then we were off.

Go only a short distance at first, since your dog’s paw pads need to adjust to running on pavement. Be sure to check your dog’s paw pads regularly, looking for any sign of irritation. Oscar and Spencer are small dogs, so we don’t go far — just down the street and back (our Labs will run alongside for about two miles).

Kim and Oscar the Japanese Chin

I asked Kim if she feels wobbly on her bike when she has a dog alongside, especially her bigger dogs, and here’s what she said: I’ve never felt like the dogs (the biggest one I bike with weighs 42 lbs.) make the bike wobbly. It just doesn’t happen. I have a cruiser bike, which is a heavier bike. Sequel, our black Lab mix, used to pull something awful on the bike, and it still wasn’t a problem. 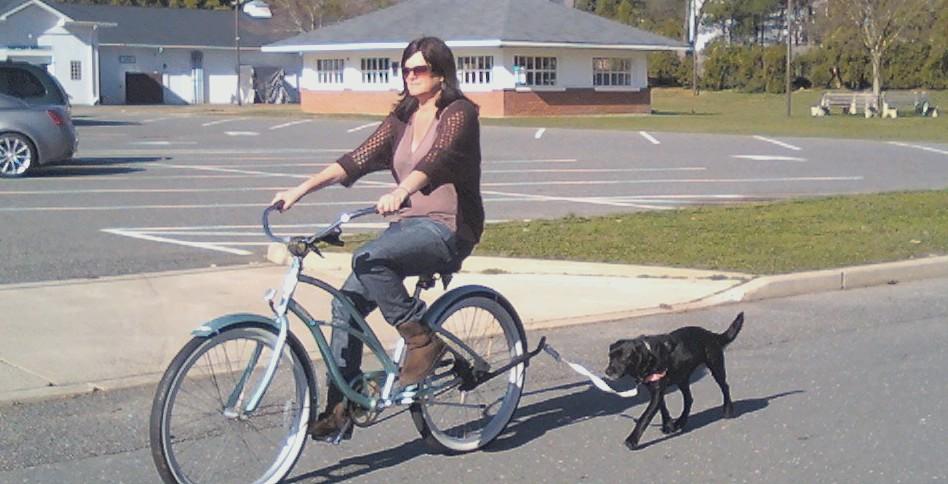 Kim and Sequel the black Lab