The Dog Jaunt devotees among you will already have seen this in Dog Jaunt’s Twitter feed and Instagram feed (Chloe is everywhere!), but this picture has Photo Friday written all over it: 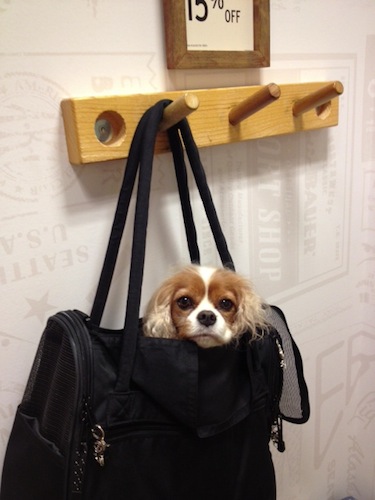 Slightly anxious about her situation, yes, but overall rolling with it.

She’s in the SturdiProducts Incognito carrier, by the way, and if you look at my review post, you’ll see that she’s made a lot of progress tolerating it. Not a content pup in that picture, though maybe she was just objecting to how her coat clashed with the maroon.

Hope you and your pup have good plans for the weekend! And that you’ll send pictures of the trouble you get into together…. 😉