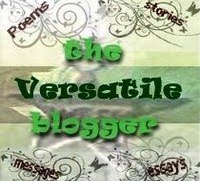 How fun! Dog Jaunt won the Versatile Blogger award from Vanessa and her furry cohorts at Nico & The Bandit, a delightful blog of “creative canine content” I recently discovered. Thanks so much! I’d put N&B on my list (see below), but I have to follow the rules, which are as follows:

1. Thank the person who gave it to you.

Thank you, Vanessa, Nico and Bandit! I love writing about traveling with a small dog, but it wouldn’t be any fun without an audience and colleagues — I really appreciate the shout-out.

3. Pass the award along to 15 bloggers who you have recently discovered and you think are great:

(I’ve known about some of these bloggers for a while, so I’m breaking the rules a little bit. Nevertheless, here’s my list.)