How would you like to vacation here?  “This most picturesque row of 17th-century cottages is in the Gloucestershire village of Snowshill, set high in the northern Cotswolds, two miles south of Broadway. The home of the Diston family for three generations, is a charming stone cottage with roses by the door, has a rear garden and an old fashioned stable door from which you can watch the world go by.” 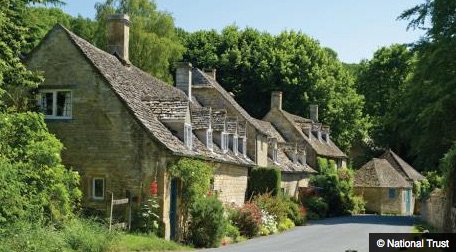 Or  here? “The Early Gothic Revival is alive in Culloden Tower, built in 1746, after the Jacobite defeat. Its two bright octagonal rooms feature a mix of Gothic and Classical carving and plasterwork. Set in parkland with views over the tree tops and the sound of the river Swale below, it is a wonderfully romantic retreat from nearby Richmond.” 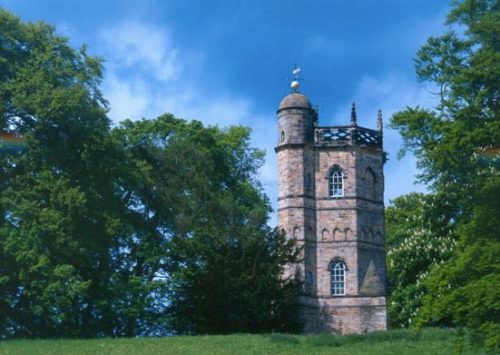 The first is Diston’s Cottage, available from the National Trust, and the second is Culloden Tower in North Yorkshire, available through the Landmark Trust. Both properties are dog-friendly, as are dozens more of the glorious places to stay owned by both entities.

The Landmark Trust is a charitable organization that rescues at-risk historical buildings and repurposes them as holiday lodgings. Its properties are largely in Britain, but it also owns a handful of properties in Italy and the U.S. (the U.S. properties are managed by Landmark Trust USA). The National Trust is a separate charitable organization, founded in 1895, that owns historic houses and other significant buildings and sites in England, Wales and Northern Ireland. Some of its properties are available as holiday rentals.

If you’re looking for luxury, you won’t find it in these properties. The amenities are clean and basic. What you will find, however, is an abundance of history and charm, and a chance to put down roots for a few days in some of the most fascinating and beautiful locations in Britain.

Both sites make it easy to determine which lodgings allow dogs. For the Landmark Trust, under “Search all buildings” check the box next to the stylized image of a dog. For the National Trust, you either choose to “Browse cottages” (in which case you choose the area you’re interested in, then click on the dog icon to narrow your choices) or to “Search cottages” (in which case you enter the number of dogs accompanying you in to the search query).

I’ll save you the trouble: Yes, one of the Landmark Trust’s Italian properties is dog-friendly. The Villa Saraceno is a 16th c. villa in Vicenza — it sleeps 16 people and is the only building by Andrea Palladio “that you can stay in as if it were your own.”