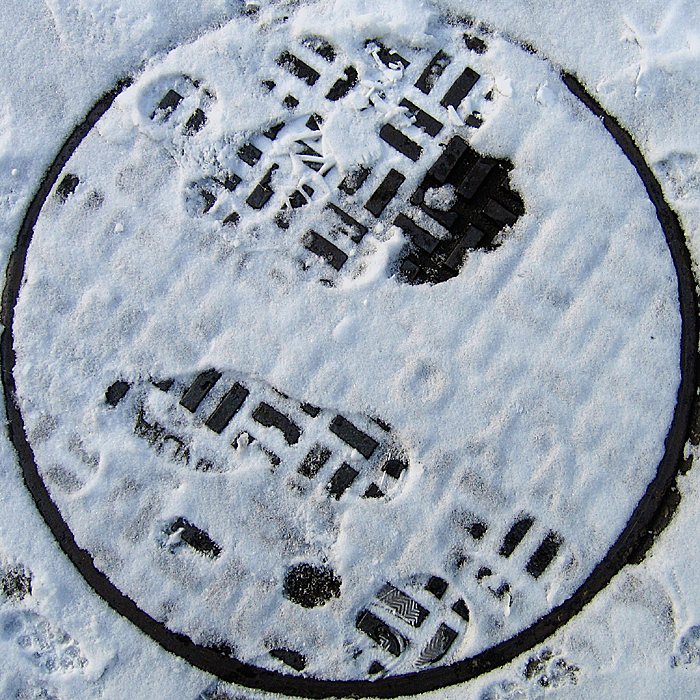 This is a year-round topic, but it’s particularly relevant in the wintertime, and I feared I had waited too long to write about it. No worries, it turns out — even though spring is on its way on the West Coast, the second major snowstorm in a week is about to engulf the mid-Atlantic states.

Stray voltage is a real but relatively unknown hazard for humans and dogs in urban environments. It’s a problem year-round, but it’s especially worrisome when snowy sidewalks are sprinkled with salt, since slush and salt increase the chances that even normally non-conductive surfaces will carry electric current to your dog’s feet. Unfortunately, it’s one of those problems that sounds too sensational to be believed, and I myself was a bit dubious until I read these articles from Examiner.com (“New Yorkers and dogs risk electrocution on city streets; how to be safe“) and Chicago’s CBS2 (“Victim Describes Electric Shock from City Streets“), among others. Take a look at them and at Street Zaps!, the leading resource for information about leaking street current.

The current comes from poorly-installed or maintained underground cables (and in New York alone, for example, there are over 90,000 miles of underground cables). Escaping current migrates to street level by way of the metal fixtures we’ve all seen, walked on and never thought twice about: service boxes, manhole covers, grates, lampposts, phone booths, and fire hydrants. The most dramatic incidents occur when a male dog urinates on what turns out to be an electrified lamppost or fire hydrant, but humans and dogs alike have been shocked and electrocuted when they walked on — or even near — manhole covers, metal plates, and lampposts that were carrying electrical current.

The kind of shock we’re talking about is strong enough to incapacitate or kill a good-sized dog or a human, much less a dog Chloe’s size. The effects of that kind of voltage on a body are extreme, and descriptions of these incidents are hard to read.

What’s the solution? Neither rubber-soled shoes for humans nor rubber booties for dogs will keep their wearers safe, it turns out. All you can do is be aware of the hazard and avoid walking on or near metal elements. We’ve all seen lampposts with a panel in their base missing and visible wires — that’s a sign that someone has been tampering with the light and it should be avoided. However, even a light that’s functioning properly may be carrying loose voltage. To be safe, do not tie your dog to a lamppost if her collar or leash contain any metal (and they nearly all do), and keep your male dogs from urinating on lampposts, phone booths or fire hydrants.

Nearly all of the articles you read on this topic talk about New York City, but it should be considered a problem in any large city. Street Zaps! is tracking incidents in many cities worldwide, so be alert and aware of your surroundings in any urban environment.