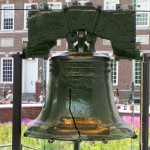 SEPTA’s pet policy is as follows: “Small animals that are carried in a covered, secured container, that can be stored on the owner’s lap, without danger or disturbance to other customers, will be permitted on vehicles.” [2/24/12 This language no longer appears on SEPTA’s site, but when I spoke today to a customer service rep, she told me that the rules are still the same.][2/18/16 Four years later I checked again, and small pet dogs in carriers are still, apparently, allowed on SEPTA per the following language: “Consistent with US Dept. of Transportation ADA regulations, companion animals, pets, therapy, comfort, mental health, or emotional support animals are not classed as service animals for purposes of public transit, and cannot ride on SEPTA vehicles except in carriers.” (emphasis added)]

The Doylestown Rushbus allows small dog in carriers on board for no extra fee, a customer service representative told me. DART First State, however, only allows service dogs on board.